2018/2021 Shakaat Artist-in-Residence
Dr. Ukjese van Kampen is a former Canadian Airborne Commando, Combat Engineer in the United States Marines, Yukon bush pilot, curator and a life-long artist. His art has been exhibited in about 100 art exhibitions worldwide, over half of those one or two person shows. His art can be found in places such as the Museum Five Continents, Munich; Finnish National Cultural Museum, Helsinki; Burke Museum, Seattle; Canadian Museum of Human Rights, Winnipeg; the Roman Catholic Church Collection, Rome; the Indian Art Centre, Ottawa, Ontario as well as a number of other institutes and private collections in Canada, USA, Japan, Australia & Europe. In media coverage in 1993 the Canadian Broadcasting Corporation made a TV show about Ukjese in ‘Ukjese’ Artist and Man of Action”. There have been a number of magazine articles about Ukjese’s art such as in the Indian American Art magazine, winter 2008 issue, the German magazine, Coyote, spring 2001 issue & the Australian publication COMA February 1996 issue. Ukjese has a BFA, MA in Cultural Studies and a PhD in the History of Yukon First Nations Art and is working on a 2nd PhD in Art & Design at Lapland University in Finland. Ukjese is Northern Tutchone, Wolf Clan and a member of the Champagne and Aishihik First Nations. 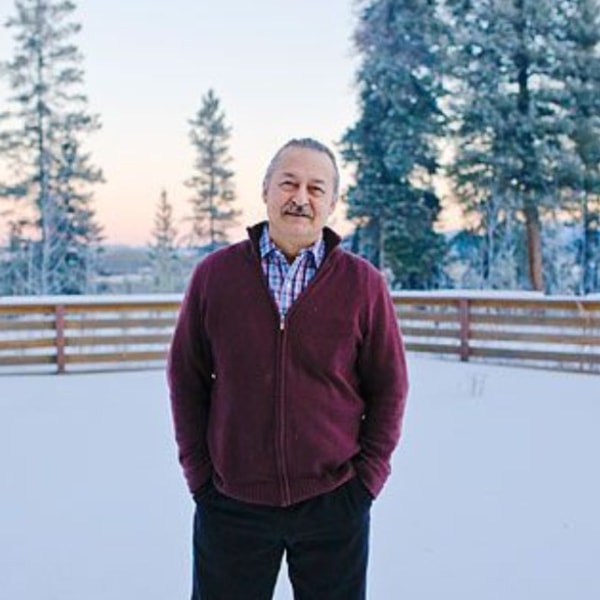